Where to Celebrate St. Patrick's Day in Las Vegas 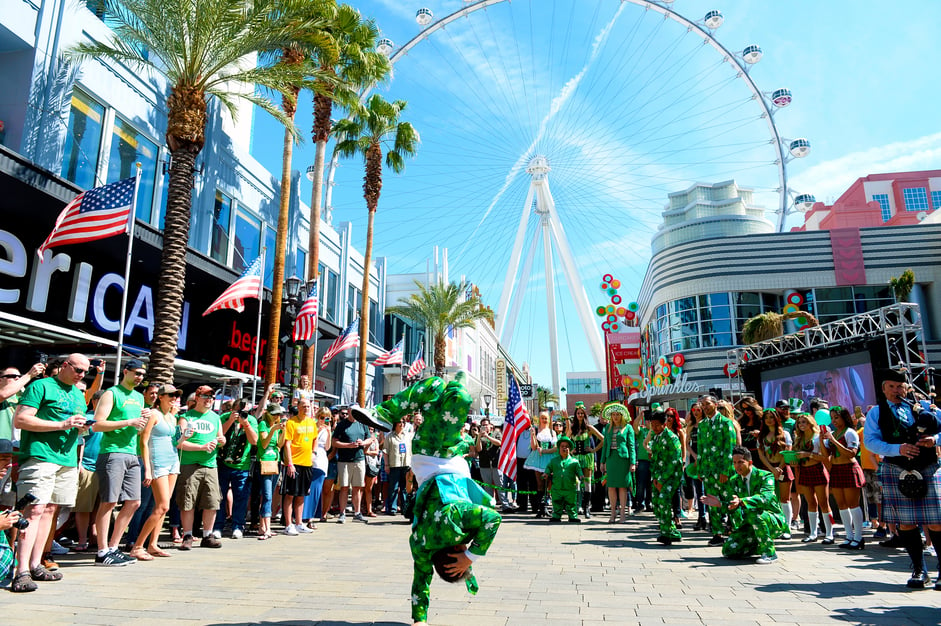 St. Patrick's Day falls on a Saturday this year — March 17 to be exact — which means a full weekend of celebrations to honor the Irish. Check out some of the action to mark the festive holiday in Las Vegas.

The Celtic Feis celebration at New York-New York gets underway Friday with a parade and flash mob at 5 p.m. The two-day celebration continues with green beer, Irish whiskey and food from Nine Fine Irishmen. A march led by the Las Vegas Pipe Band takes place on Saturday at 10:30 a.m. on the patio near the Brooklyn Bridge replica.

Head to the heart of the Strip where Rock and Reilly's is throwing an all-day bash on Saturday with green Coors Light for $5 and Irish Car Bombs for $8. Traditional Irish pub food will be given a modern twist with Irish soda bread, corn beef and cabbage, and Irish Nachos offered in a buy-one-get-one-half-off deal. Stick around for live entertainment on the patio beginning at 9 p.m. Rock and Reilly's is also celebrating its one year anniversary in Las Vegas.

If you prefer to party Downtown, the Fremont Street Experience is hosting a St. Patrick's Day ShamRock from Thursday through Sunday. The five-block outdoor entertainment district will feature strolling flash mobs, dancers and nearly 20 bands performing on three stages. Photos posted on Instagram with the hashtag #FremontStreet may even be featured on the overhead Viva Vision video screen.

Black Tap Burgers & Beer at the Venetian is teaming up with the iconic Katz's Deli of New York to offer a Reuben Burger over St. Patrick's Day weekend. The Pat LaFrieda patty will be topped with corned beef, sauerkraut, swiss cheese, pickles and Black Tap's special sauce for $18.

Head to The LINQ outdoor promenade for a massive block party hosted by O'Sheas. The celebration lasts all day on Saturday, beginning early with bagpipe performers at 9 a.m. followed by a noon parade led by a brand new green Bugatti from Royalty Exotic Car Rentals. Live performances will continue until 10 p.m. with food and drink specials from Flour & Barley, Amorino, Sprinkles and other favorites at The LINQ.

Fly to Las Vegas for St. Patrick's Day and you'll find plenty of exciting activities to keep you busy all weekend long. Book a luxurious flight with Cirrus Aviation by calling 702-472-9714 today.