The Speed of a Private Flight 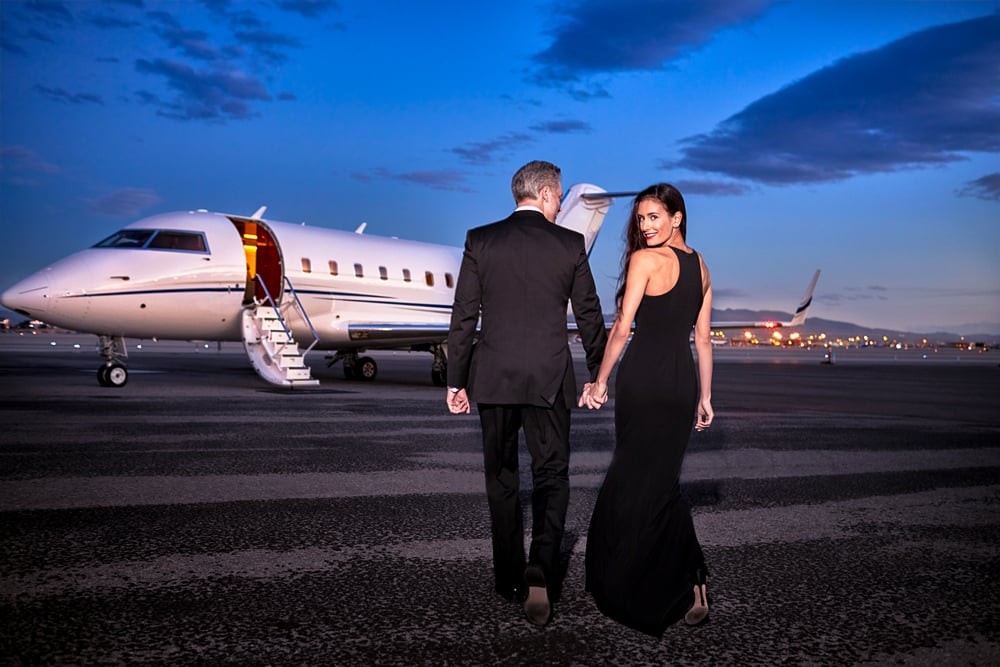 Whether traveling for business or pleasure, most people would rather spend more time at their destination than in the air. This is sometimes a concern for those thinking about hiring a private jet in Las Vegas. Does flying privately take longer than flying commercial? How fast does a private plane fly?

Private planes have an average cruising speed near the 500 miles per hour mark, but some can top out at speeds over 700 miles per hour, just under the speed of sound. Even the slowest of private jets are usually faster than their commercial counterparts.

How fast are those speeds really, though? Consider that a commercial flight from Las Vegas to New York would typically take anywhere from six to eight hours. On a private jet from Las Vegas, that same trip would take approximately four or five hours.

The actual speed of private jets is the main reason why traveling privately is so much faster. However, there are other factors related to a private flight that make them so much faster than traveling commercial.

The first is that private jets make their ascent much more quickly, getting to a cruising speed much faster. They also land easier and quicker, making a more pleasant experience for those onboard, and getting them to their destination faster, too!

Arriving at the airport is easy, as there are no crowds to wade through and no need to go through the metal detectors and screenings at security. Simply pull up to your plane and get ready to board. The wait times required by commercial airliners typically don’t apply, so passengers can arrive within minutes of their domestic or international flight taking off.

One of the main conveniences of a private jet is also the ability to work onboard. This is sometimes possible in the business class of a commercial airliner, but it’s still much more difficult. Passengers are still only given a few inches of space, and with strangers nearby, confidential conversations need to wait.

This isn’t the case on private jets, though. With plenty of tables and chairs, business meetings can happen in the air, and an abundance of privacy allows for any type of business to take place. Upon arriving at the destination, passengers feel less rushed because they have already gotten so much done on the plane.

Get There Faster with a Private Jet in Las Vegas

Whether you’re traveling into Las Vegas or out of it, get there faster when you take a private jet in Las Vegas. A private plane will not only make your trip quicker, but also allow you to spend that time in real luxury.

If you’re planning a trip, contact Cirrus Aviation at (702) 472-9714 and let us make it even better for you. Call us today or fill out our online form to learn more about how easy it is to book a flight.