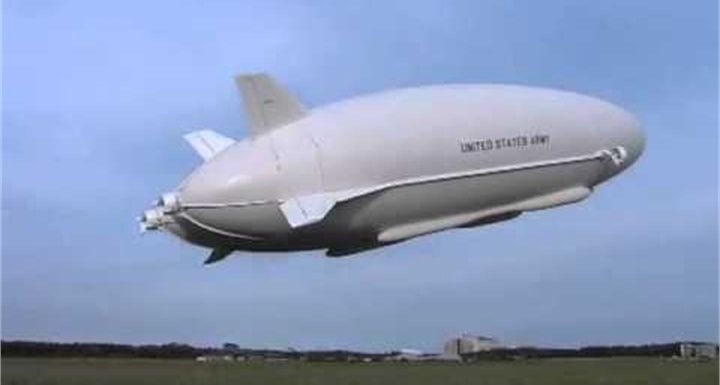 Your favorite private charter jet may soon be sharing the skies with the gigantic Airlander 10.

It’s being developed in Great Britain by a company called Hybrid Air Vehicles and is a cross between an airplane and an airship, buoyed by helium and propelled by four thrusters.

The public image of airships, also known as dirigibles, is often that of the German-made Hindenburg exploding above Lakehurst, New Jersey in 1937. The Airlander 10 will surely alter that perception. This modern aircraft is better able to handle rough weather, requires smaller ground crews and is filled with helium instead of flammable hydrogen.

More facts about the Airlander 10…

Along with carrying passengers and cargo, the hybrid vehicle is being considered for a range of other purposes, including relief aid missions following natural disasters, military reconnaissance and scientific research.

The Airlander 10 may be approved to fly in most countries in the next few months. However, traveling by private charter jet would still be the best option to get you where you want to go quickly. Contact Cirrus Aviation today at 702-472-9714 to learn more or book your next vacation or business trip.