New Las Vegas Restaurants You Must Try in 2018 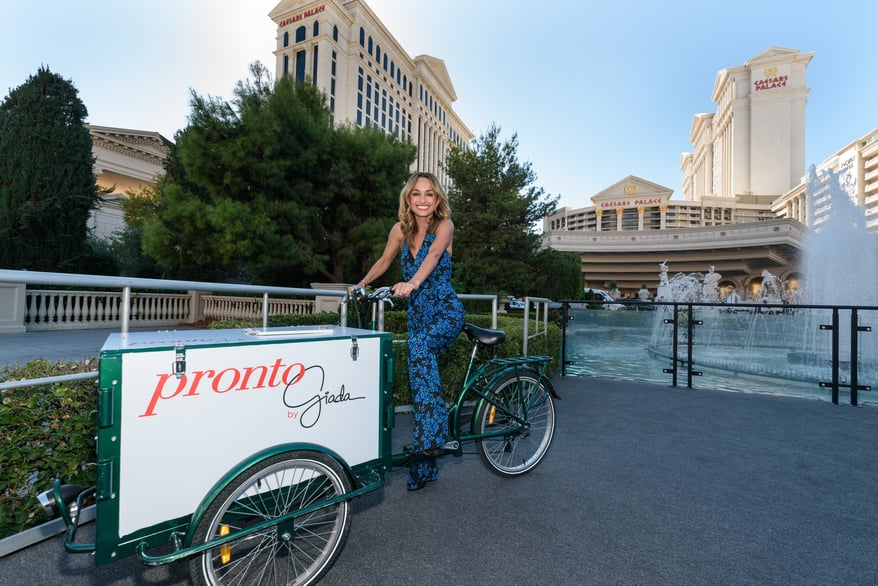 Photo: Pronto by Giada/Patrick Gray of the Kabik Photo Group

Las Vegas is promising an exciting new year for restaurants in 2018. From unique Italian spots to the latest concepts by world famous celebrity chefs, there's something for everyone in Sin City.

Gordon Ramsay is opening his fifth Las Vegas restaurant on January 16. Based on his hit television show, Hell's Kitchen will feature recipes familiar to loyal viewers in a large contemporary space in front of Caesars Palace. Guests, who can already place reservations now, will enjoy pan-seared scallops, lobster butternut squash risotto, truffle carbonara and other amazing dishes while gazing out to the Strip through dramatic floor-to-ceiling windows.

Designed as a restaurant and retail outlet all in one, Eataly makes its Las Vegas debut after making a splash in New York, Istanbul, Seoul and other cities — including 13 locations in Italy alone. As a featured element of the new Park MGM resort, the Las Vegas version will share the same philosophy to "eat, shop and learn" while enjoying Italian cuisine in which the focus is on sustainable ingredients and unique flavor combinations.

Despite worldwide fame, Giada de Laurentiis has only opened one restaurant — the self-named Giada at the Cromwell resort in Las Vegas. Now, her second restaurant is opening across the street at Caesars Palace. Specializing in a more casual approach, Pronto by Giada will feature sandwiches, coffee, wine, desserts and other colorful quick bites.

The Mirage has closed down Portofino and is using much of the same culinary team to open Osteria Costa in a larger and more contemporary location on the casino floor. The new dining spot will feature cuisine by Chef Michael LaPlaca, who turned Portofino into one of the best Italian restaurants in Las Vegas. The new menu is said to be inspired by the breezy atmosphere of the Amalfi Coast, featuring handmade pasta, fresh seafood and Neapolitan-style pizzas. Osteria Costa is expected to welcome guests in February.

James Beard Award-winning chef Scott Conant is opening a new Italian concept at the Red Rock Resort in Summerlin. Masso Osteria (not to be confused with Osteria Costa at the Mirage) will offer an inventive menu that's expected to rival the style and quality found in Conant's other restaurants in New York, Los Angeles and Phoenix.

Are you hungry yet? Fly to Vegas and enjoy dinner at one of the many amazing restaurants around town. Cirrus Aviation will book your flight and make dining reservations at your convenience. Call 702-472-9714 to plan a wonderful visit to Las Vegas today.